You never know quite what to expect when turning up to a new race on its opening event. Especially when a completely new concept is involved but the this one didn’t disappoint!

The Big BRO race (BRO standing for Bike, Run, Obstacle) was billed as ‘a triathlon with a difference’ and involved a 22km cycle on road the start with, followed by a 4km trail run and a 1km course packed with 25 obstacles to finish. 100% of the £45 entry fee was donated to Breast Cancer Now, the UK’s leading Beast Cancer charity.

Nervously arriving in Barrow, I was greeted by a small but adequate setup with bike racks and plenty of obstacles. The registration tent was well organised with everything I needed in the race pack and a friendly good morning from the team.

Other people were beginning to arrive and it was clear the range of the 100 participants was vast.

It would be 3 waves setting off 10 minutes apart from one another. I was in wave 2. My bike was ready and I was all kitted up and rearing to go as I watched a very serious looking wave 1 set off from the road. We were then called up by megaphone for a friendly race briefing before heading out to the start line.

A short wait later and we were off into a fairly hilly first few miles of the course. I was worried about finding my way round without getting lost but that was soon put to rest when on every turning there was a sign and a marshal cheering and directing us in the right way.

Legs burning I pushed hard on the peddles and before I knew it I had a cycling partner for the duration which made things go easier, no coasting rules in place here luckily! After the first half of the course it seemed to level out and I settled in to finish a well set out route in which all abilities could complete as fast or slow as they wanted. 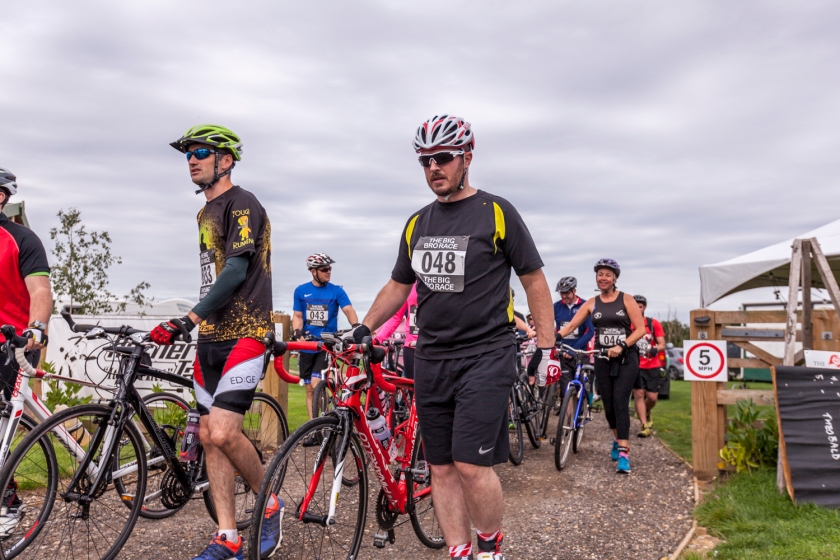 Coming back to the changeover point I dismounted my bike and was greeted by yet more marshals and supports giving everyone great encouragement. Racking the bike and heading back out over the timing mat for the run, I was about to find out this was to be the hardest bit. 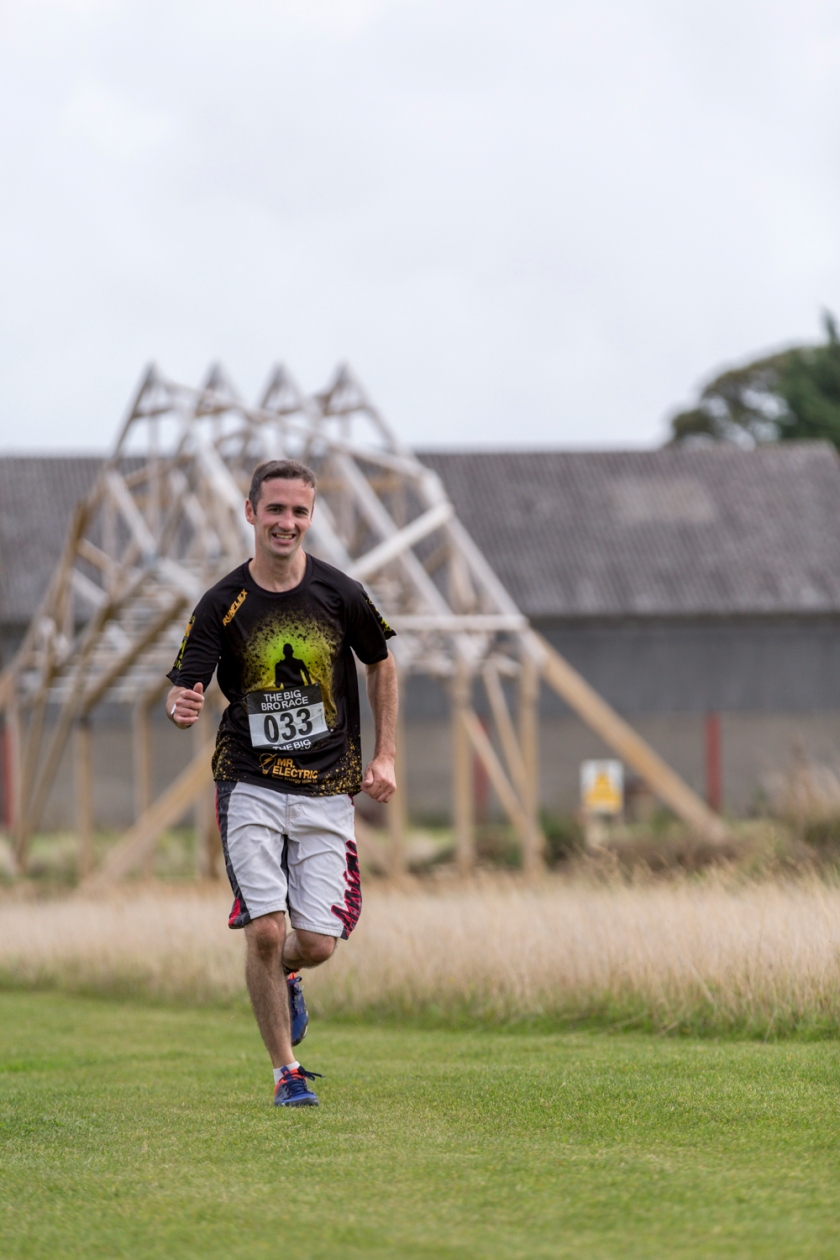 The 4k run, which was again very well marshalled, felt twice the distance with jelly legs from the ride. A downhill on road lead us to a farm track for 1k before a long hill to finish back at the transition zone where this time we were straight through and onto the 1km obstacles course.

Everything from a hay bale pyramid to incline/ decline monkey bars, Cargo nets to water ditches, A rope climb and walls of 4, 8 and 10 feet. The rules stated that a adequate attempt must be made on obstacles or a 1 minute time penalty was given, to be served immediately on coarse. This was a gruelling last kilometre to finish but also good fun.

Awaiting me before the finish line was the ninja wall with two different heights. Picking the bigger of the two I was applauded as I reached the top on the second attempt and crossed the finish. I was rewarded with a well stocked goody bag including food, water a medal and cake! 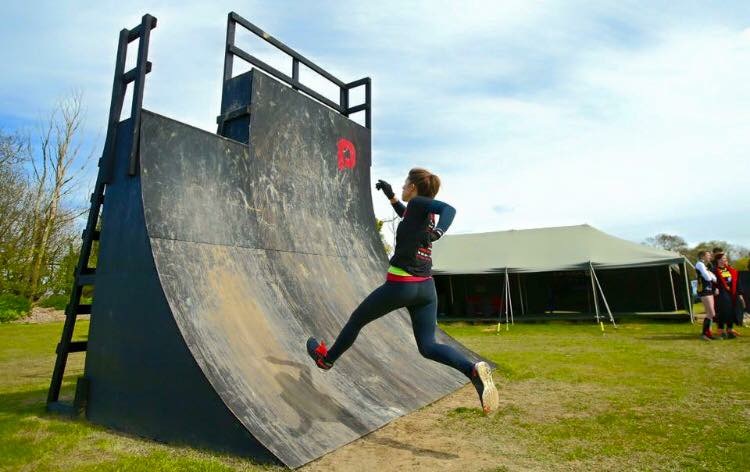 The chip timing could be viewed on a screen immediately and massages were also available.

This event gave out a really good vibe and atmosphere and I had a brilliant day all round. I will certainly be back next year after a very well organised, friendly good fun race and to top it off over £4000 was raised for the charity.

*Photos by Martin Grayling who is also donating all profit to the charity. http://www.martingrayling.com/