Now in its eighth year the NSPCC Gherkin Challenge is one of the charities leading fundraisers attracting almost 400 participants of all ability levels to take on the 1037 steps from ground level to the 38th floor of one of London’s most recognisable skyscrapers.

Throughout the day waves of runners are set off every half an hour with each stair climber going off individually five seconds apart. The event is chipped timed and although the challenge for most is purely to reach the top there is also a competitive element with the top athletes aiming to get to the summit in the fastest possible time.

I had participated twice before in 2013 and 2014 but after a three year absence I was keen to give it another go. It’s a challenge that you don’t get the chance to take on very often and opportunities to practice for an event of this kind are few and far between so it really does offer something different.

As I arrived in plenty of time for my midday start there were plenty of people walking in discomfort with medals proudly hanging from their necks having gone off in the morning waves but most were huddled inside the building’s ground floor bar which also acted as bag drop. Registration however was in a marquee set up directly opposite which is also where the warm up took place. The last time I was here there was a little more going on at ‘base camp’ with a band playing and some games and activities set out but to be honest, like most people I was here to take on the challenge and as it happened the main attraction was at the top of the tower which made it all the more exciting. 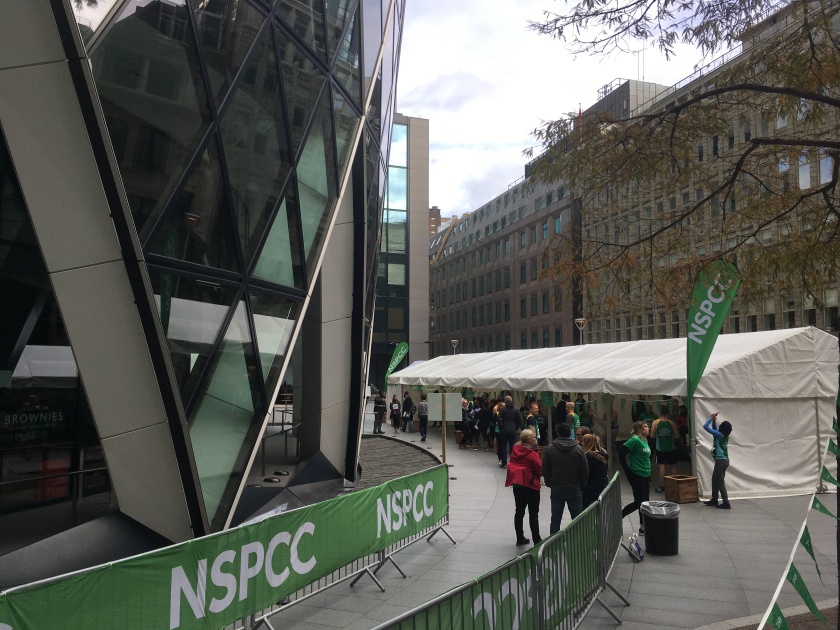 We were lead through a funnel towards the foot of the steps before being set off one by one. I knew from my past two experiences not to go off too fast and to try to stick to one step at a time resisting the temptation to leap up double steps resulting in more strain on the legs.

I stuck to my strategy well and I’m in very good shape at the moment but it was still wasn’t long at all before my thighs began to burn. I’d recorded times of 5:38 and 5:36 on the previous two occasions so I knew roughly how long it would take me so it wasn’t good news that within a couple of minutes I was already really feeling the pain. I knew I just had to dig in and keep pushing.

I had to call on all of the endurance I’ve build up over the last few months of hard training just to get me past half way and from there on in it was all about guts and determination to give myself a chance of getting a PB.

Each level is numbered and there are marshals giving encouragement every five floors. This really helped with motivation to continue grinding it out. The simplest of mental arithmetic isn’t always easy when you’re giving it your all physically so having the marshals there to tell you how many flights of stairs remain was a big plus.

As I reached the 30th floor I dug even deeper to give the final bit of energy I had and made it to the top stopping my watch somewhere close to what I had done before. Almost immediately I was able to find out my exact time as the official timing guy was sat with his lap top and a separate screen displaying everyone’s result just along the corridor. I had recorded 5:33 which I was really pleased with.

I was able to celebrate with a couple of complimentary glasses of champagne at the top floor bar with what must be one of the best views of any race finish line as well as receiving my medal and a goody bag full of quality items including a box of chocolates and of course a jar of gherkins. As I soaked up the atmosphere along with all the other finishers from my wave and anyone else who had chosen to hang around up at sky level for a little longer (and why wouldn’t you?) we were entertained by the voices of the London Gay Men’s Choir who had all already ran to the top themselves. 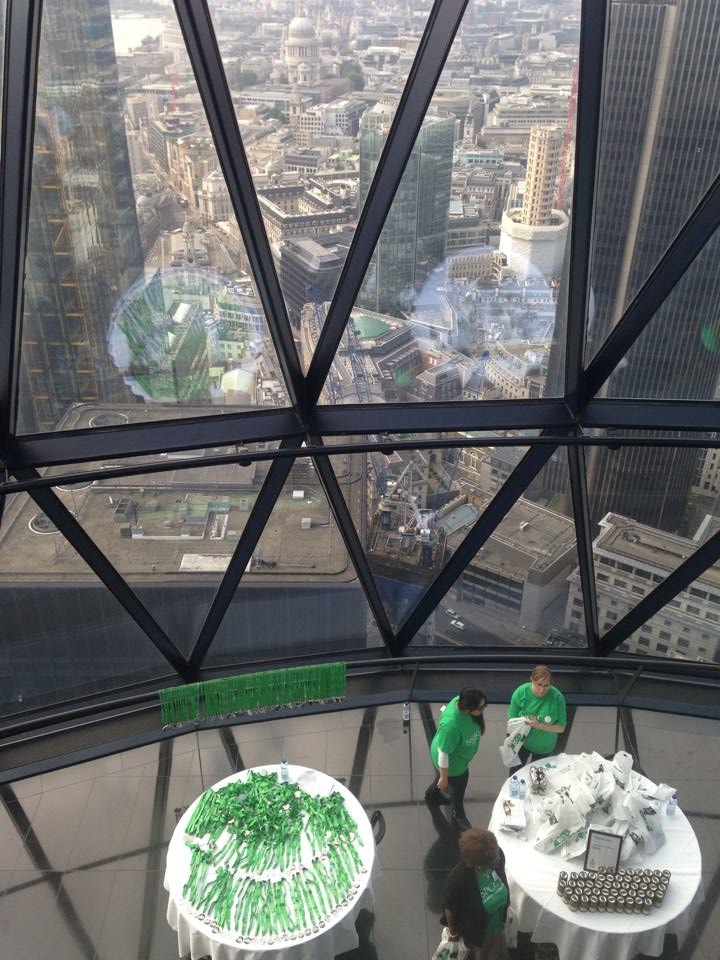 Thankful we could take the lift back down and as we entered reception back on the ground we were greeted by a guard of honour from some of the marshals who were cheering and clapping every single finisher which was a really nice touch to end on.

This event raises thousands of pounds for a really important charity and is a top class challenge offering something completely different from your regular run so it’s great to see it be put on year on year. Long may it continue. 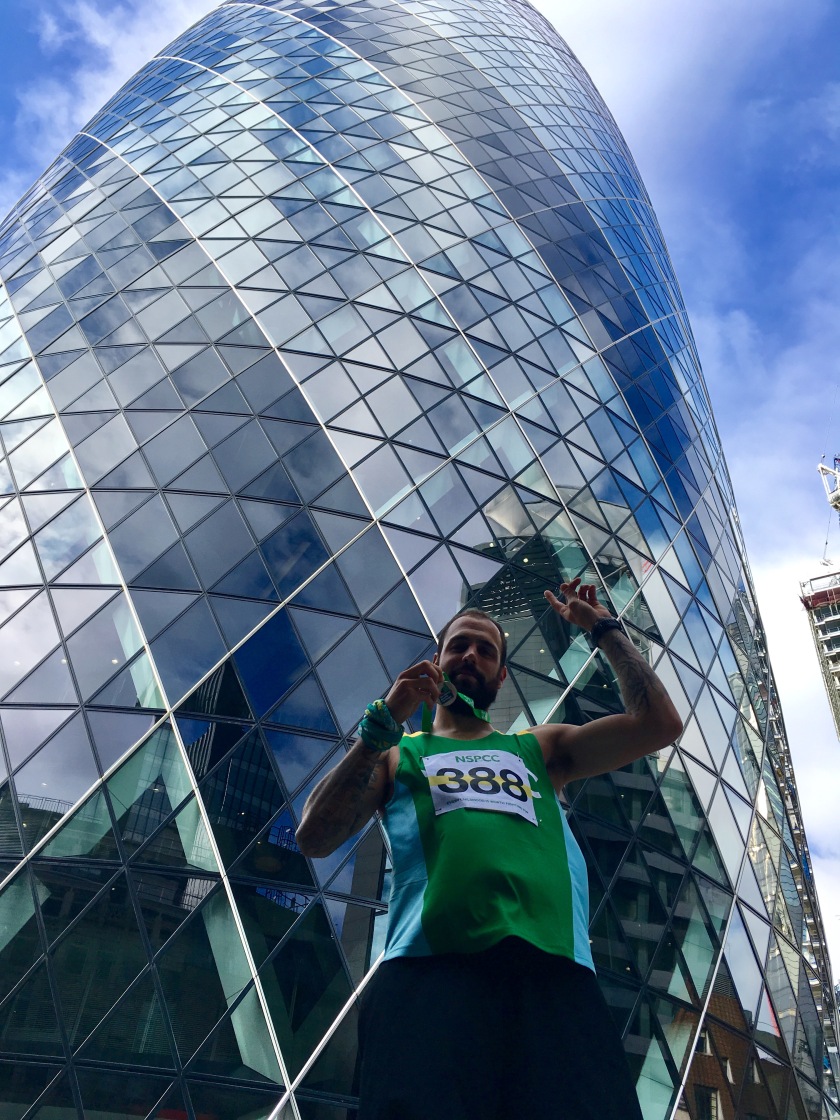