In 2018 we put on another 3 of our own events which have now all become annual staples on the calendar for Easter, Halloween and Christmas as well as a Strongman challenge all of which went really well. On top of this we attended and reviewed races with quirky concepts across the country and went international running in both Belgium and France.

First up for me personally was my third trip in as many years to the UK Wife Carrying Race in Dorking, Surrey and for the third year running we finished in second place, agonisingly close to victory and not without controversy. 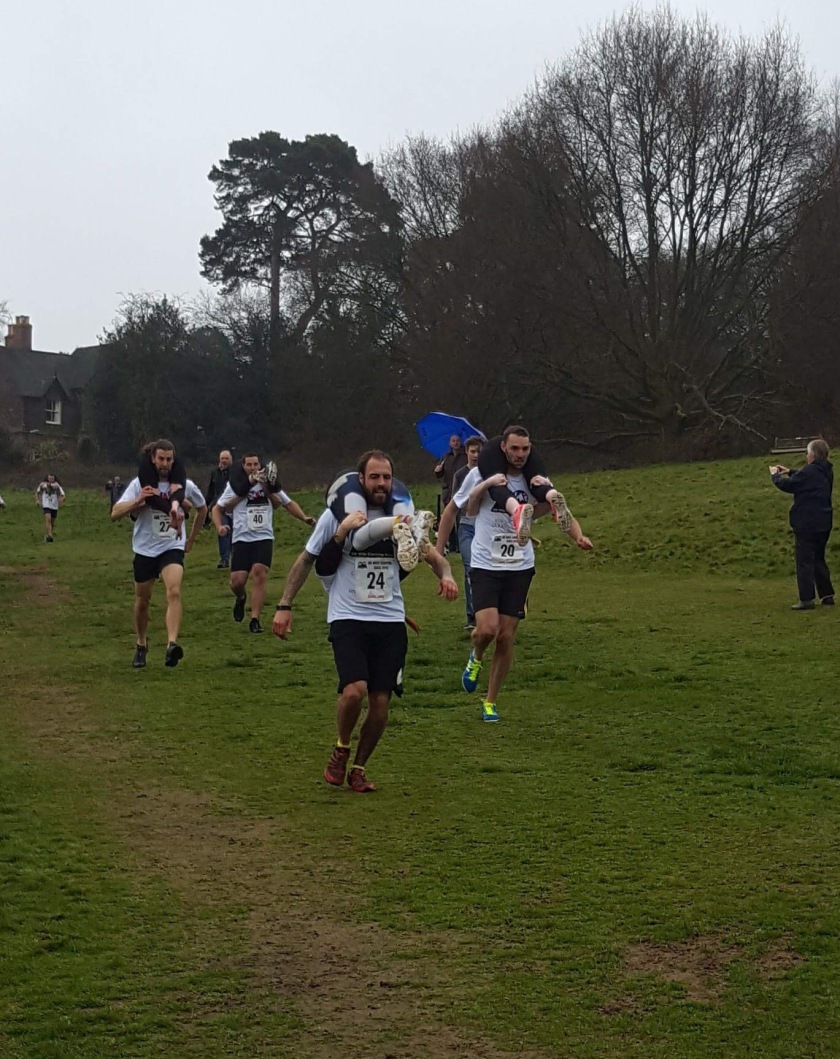 A new event we were really excited for was the Pizza Run. We sent our reviewer Alan along to this one and unfortunately he didn’t have the best of times in Leeds but it sounds like they are going bigger and better in 2019 and I’m looking forwards to hopefully getting to one of their nine events myself to check it out and this is a combination of two of my most favourite things.

It was then time for the most eagerly anticipated event of the year, The Beer Lovers Marathon in Belgium. This came highly recommended and it did not disappoint! 26 miles of running with 18 beer stops on route as well as food and live music, themed fancy dress and not forgetting the pre and post race party with unlimited food and drink. I can confirm it was as amazing as it sounds. 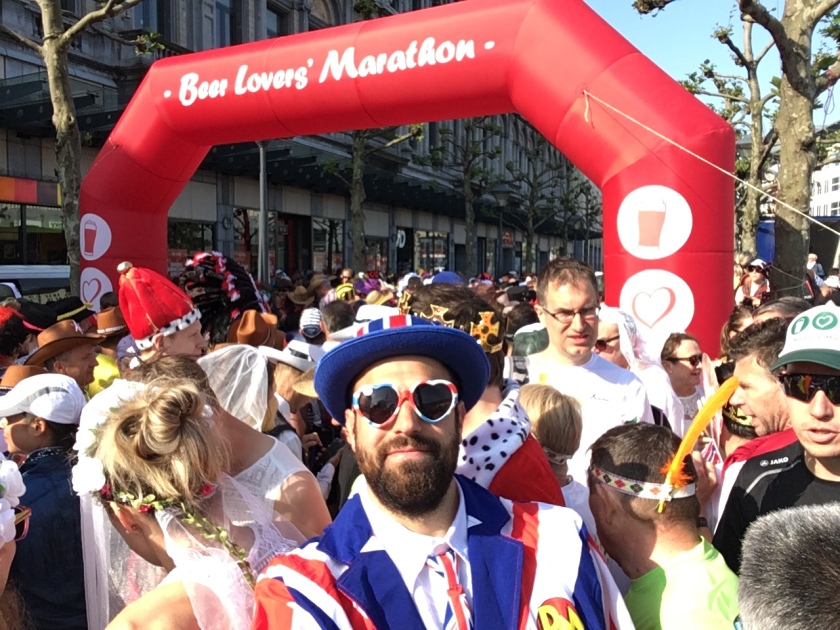 June was a big month for me as I took part in two races that were both quirky but also very challenging and competitive and I not only managed to get the win in both Runstock and the Flitton Potato Race but I also set course records in both. What I really liked about Runstock is that although it’s essentially an ultra race they have set it up in a way that it suits so many different people from fun runners to ultra distance athletes and obstacle course races of all ages. The Flitton Potato Race is one of my favourite races on the calendar. The atmosphere there is so nice, it always seems to fall on a lovely hot summer’s day and the concept and history behind it is great. 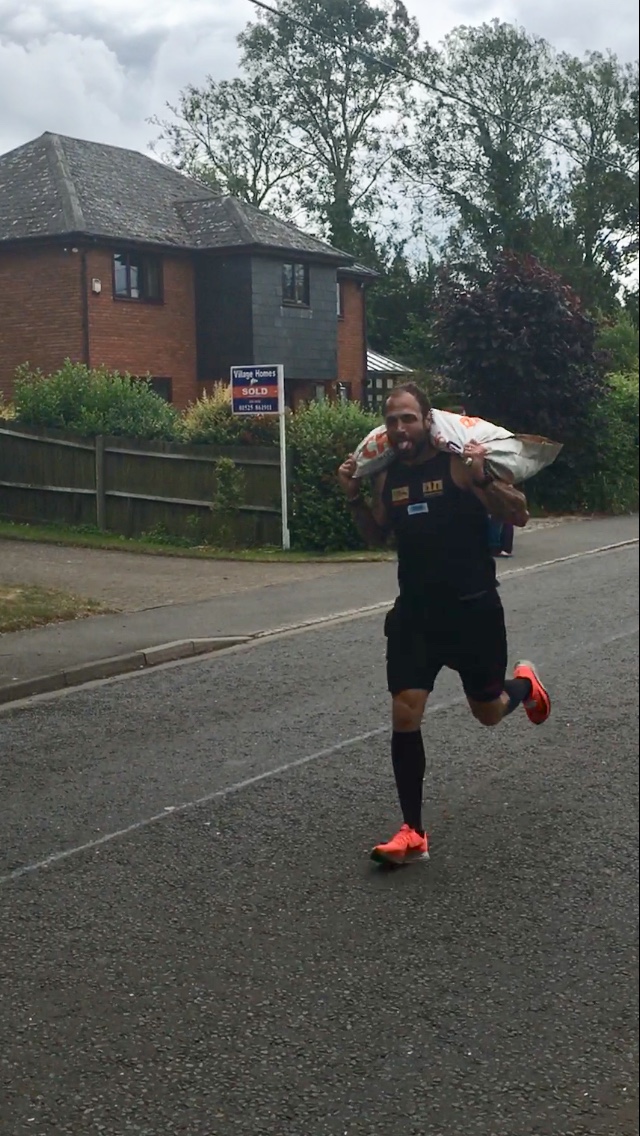 Then came The Great British Beerathon, the event we named ‘Quirky Race of the year 2017’. That meant it had a lot to live up to and often when something is so good when you go back a second time it can be a little disappointing, well this wasn’t. It was just as good, if not better that last year. I don’t think it’s possible to attend this run and not have a good time.

The post that attracted the most interest on our Facebook page by a long way in 2018 was the poster for the Naked Run so although this wasn’t a race I was going to attend personally we did manage to find someone who dared to bare all in our quest reviewer Peter who went along and had a cracking time by the look of it. Fair play to him for that one.

It was then time to head overseas again, this time to Paris for the Disneyland Magic Run weekend. It was 3 days of racing with a 5k on Friday evening, 10k on Saturday morning and a half marathon on Sunday morning, all around the Disneyland resort and theme parks. This was a truly magical occasion that I tried to capture the best I could in my event video.

This was a small period of time that I don’t think I could possibly have embraced my role with Quirky Races anymore that I did as two day after running around Disneyland Paris dressed as Ironman I found myself running around the Olympic park in London dress as a giant inflatable penis at the Great Willy Waddle. This is about as surreal as a run gets and again I tried to capture this with some filming so be sure to check it out if you haven’t already. 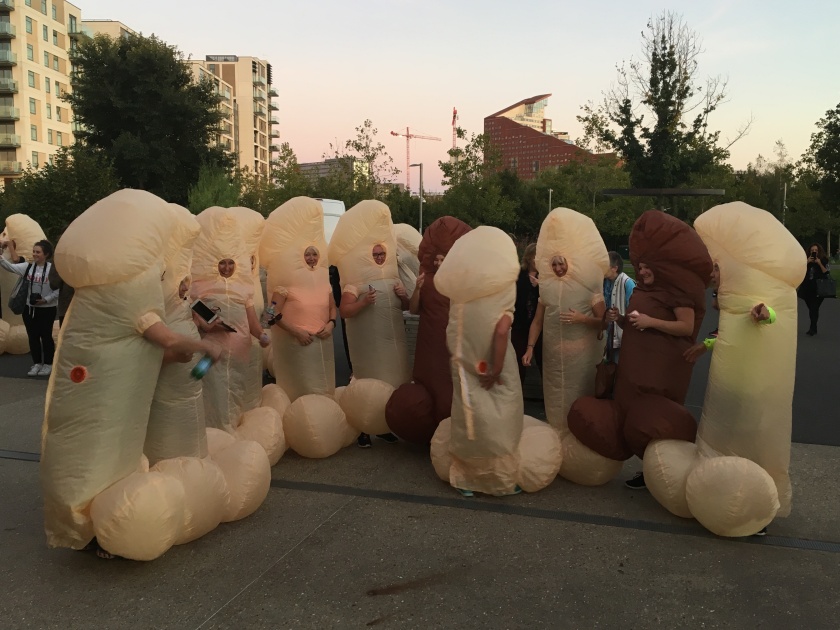 I then finished off my year of quirky races with the Gherkin Challenge. A run up the 1037 steps of the Gherkin tower in London. Always wanting to challenge myself and be a bit different I decided to do it twice. Well why not?

You can find all our event review and links to our vidoes here: https://quirkyraces.com/featured-races/

I can’t wait to see what 2019 will bring as I continue to seek out more runs, races and challenges with quirky concepts. Bring it on!