‘Stairway to Hell for views from the Heavens’

2019 marked the 10th anniversary of the NSPCC Gherkin Challenge and what would be my 5th time doing the event. I first ran up the 1037 steps/ 38 floors of 30 St. Mary Axe (to give the building its proper name) in 2013. I then went back the following year before a 3 year gap until I returned in 2017 and I have took part every year since. What I can tell you without any hesitation is that it does not get any easier! In fact, due to details I will describe below, it actually gets harder – even with more training.

Like any physical challenge, it’s as hard as you make it. Yes everyone has got to get from the bottom to the top but how hard you push yourself to do that is up to the individual and I just happen to be one of those individuals who can’t help but push as hard as I possibly can. 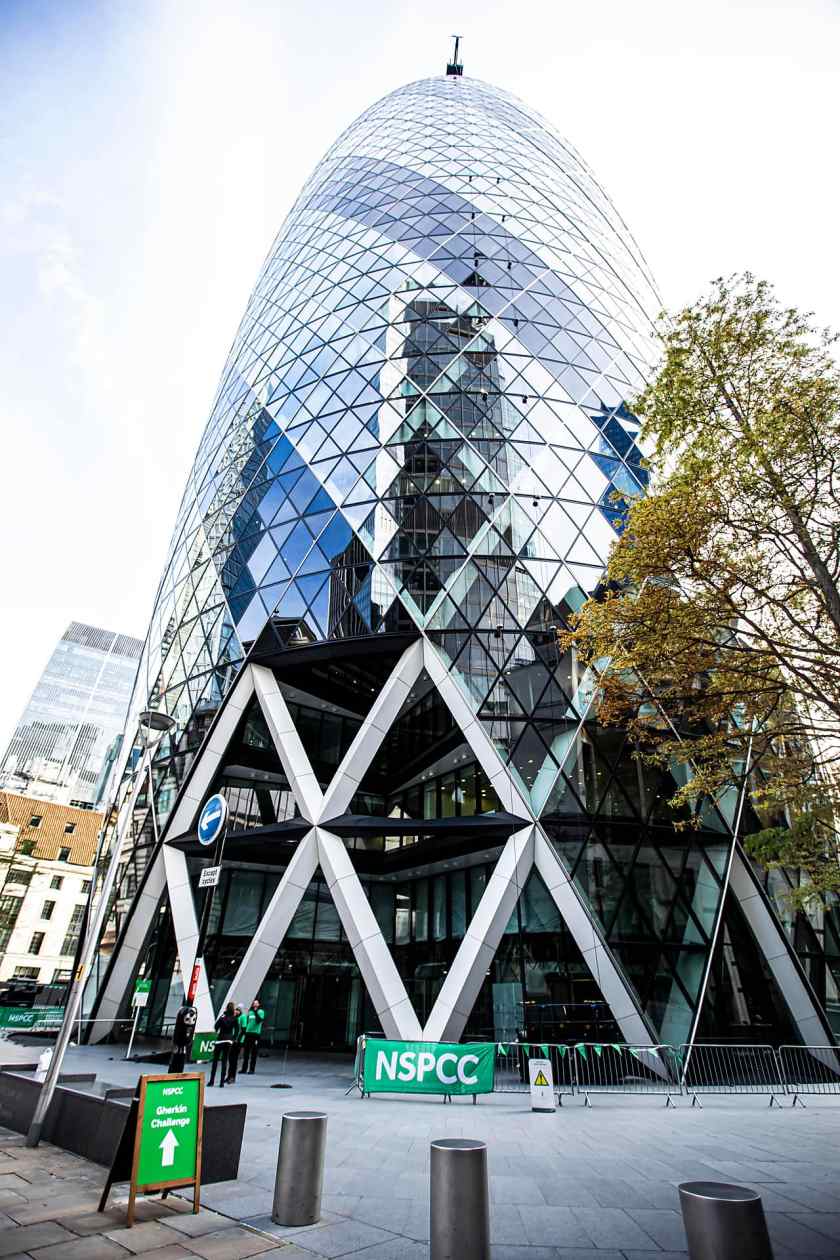 I’m no tower runner (this is the name given to those who do this as their main sport). Yes, that’s right, Tower running is a thing. In fact it’s quite a big thing with lots of competitive racers and events held at sky scrapers all over the world. There’s even a World Series. The only ‘tower run’ I’ve ever done is the Gherkin Challenge but each year I’ve done it I’ve managed to finish in the top few places without any specific training. Well this year I decided to actually do a little bit of practice running up the steps of a multi story car park in my local town centre. Only 10 floors/ 103 steps but that’s the best I could find, you don’t get sky scrapers in Northampton unfortunately.

I turned up in London ready to beat my best time. I felt good & after joining in the energetic warm up I was raring to go.

Participants are given specific wave times to run in and then every runner in that wave is set off 5 seconds apart. I moved towards the front of my wave and waited in the corridor for my turn to go. I was the fifth off as I was counted down by the volunteers.

My aim was to set off steady knowing I had around 5 and a half minutes of steps to negotiate before reaching the top (based on my previous efforts). Within seconds a spanner was thrown into the works as I found myself right behind the 2 ladies who had started before me. I didn’t want to be held up so I picked up my pace to get around them and move away and began to count down the floors. I then caught the guy who had started second and we ran together for quite some time. I was just behind him for a while then I passed and he stuck on my heals until eventually I managed to create a bit of a gap. All this meant I wasn’t really running at my own pace and I really hadn’t stuck to my plan at all.

I was really feeling it very early on. I remember getting to floor 9 and thinking that I shouldn’t be tired this early on but I was. As I got just past half way my run reduced to a power walk with some periods of running whenever I could muster it.

I was questioning why I was finding it so difficult compared to previous years. I’d trained harder and was as fit, if not fitter than ever for this type of event but just really struggling.

Those last 15 or so floors were absolute pain. I finally made it to the top in just over 6 minutes. I was a little disappointed as I knew I was in shape for a PB but pleased I’d made it up giving it my all.

Before I could even collect my medal I had to head straight into the toilets and just about managed to hold down puking. It’s been a while since I’ve pushed myself so hard that I felt this way and the dry indoor air certainly didn’t help matters.

Eventually I emerged in better health, had my medal hung around my neck and walked the final flight of stairs to the viewing point at the summit where there is a choir, snacks, champagne and stunning panoramic views of the capital. It’s always a really good atmosphere up there with everyone mingling and sharing their accomplishments with one another. I met up with a few guys from the Total Motion Tower Running team who I’d met the previous year and kept in touch with via social media ever since. They pointed out to me that this year’s run was up a different stair well to any other year and although it was the same hight we all agreed it was definitely harder resulting in slower times for almost everyone. This made me feel better and I returned to the ground floor (via the life) to meet with my wife who was in a near by coffee shop as unfortunately the building’s cafe/bar wasn’t open which was a shame as it’s acted as a ideal and convenient meeting place for supporters every other year. Apparently they couldn’t get enough staff to work which seems like a real missed opportunity to me.

There were some issues with the chip timings and the overall results which previous 2 time winner David Harris goes into detail about in his article which is an interesting read: https://www.facebook.com/1655612767/posts/10218101324038701?d=n&sfns=mo

Overall this was another really good event that raises lots of funds for a real worthwhile charity and long may it continue for years to come. I’ll certainly be back for yet another try.